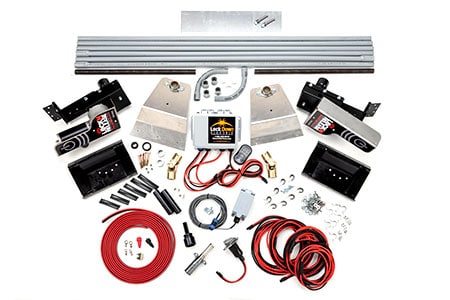 Introducing Lock-N-Release, the latest innovation from Sioux City Tarp, the leading developer of motorized tarp covering systems. Traditionally, grain hopper trailers have to be unloaded using a manual crank system. This difficult task is time consuming and can even be dangerous, but no more! The Lock-N-Release hopper door control system alleviates the hassle of opening and closing hopper doors

With a powerful motor, now hopper doors quickly open and close with just a push of a button. Each hopper door can be moved in small increments to completely control grain release. Our system works with both rack & pinion as well as strap trap doors, and the straps don’t have to be removed when the Lock-N-Release is installed.

The motor comes with a full three-year warranty and is the same proven motor that has been used by Sioux City Tarp for years for their motorized tarp systems. Each Lock-N-Release system comes with both a weather proof mountable switch as well as a wireless remote control. You can stay in the cab or be right there where the action is happening.

If you have an existing electric roll tarp system, no problem.. the Lock-N-Release hopper door control system easily integrates into existing set-ups… no matter the manufacturer. Easy to install, each kit comes with all the parts you need to completely automate your grain hopper trailer whether it is a one or two door system.

With the Lock-N-Release hopper door control system, you’ll have years of carefree operation. 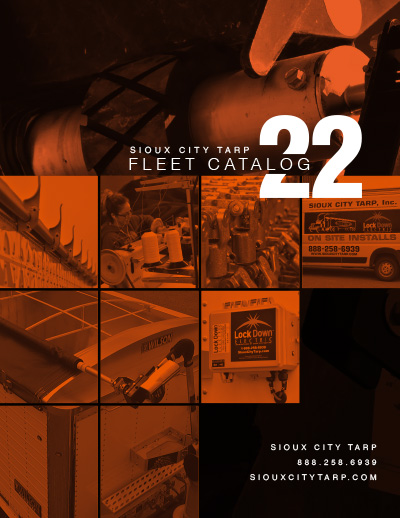 Sioux City Tarp, Inc. was founded in 1973 in Sioux City, Iowa by Donald Bremer. Sioux City Tarp has built its’ reputation throughout the tri-state area by providing quality same day service for installing, repairing and manufacturing tarps for a wide variety of trailer types. Sioux City Tarp was originally founded with the idea to be able to supply truckers with replacement parts and tarps at a fair price. 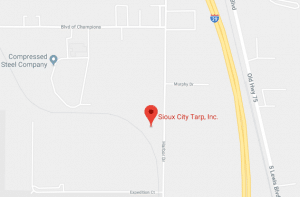